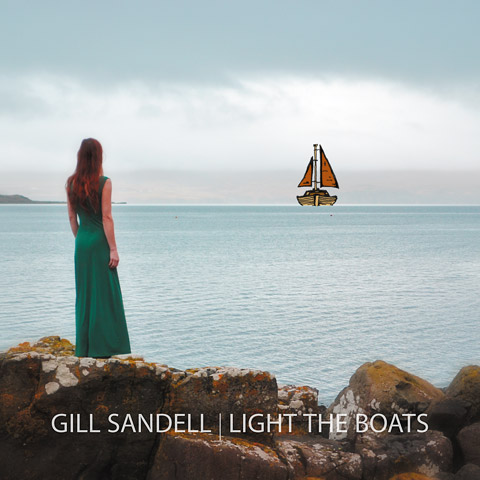 Gill's second solo album features 11 new songs written during the two and a half years since Tarry Awhile, and was recorded over the winter of 2012/13. Many tracks have had radio airplay, by Cerys Matthews, Bob Harris and Dermot O’Leary among others. The album was a Folk Radio UK 'Featured Album of the Month', and was chosen as one of FRUK's Best Albums of 2013.

11-track album in a Digipak, with a 16-page booklet containing lyrics of all the songs, album credits, and creative illustrations by artist and musician Andrew Rayner. The CD purchase includes immediate download of the album in a choice of formats.

“This is gorgeous, what a beautiful record.” Bob Harris, BBC Radio 2

“it's a gorgeous tapestry of ethereal folk vignettes... a very impressive album” MusicMuso ****

“Light The Boats is an exquisitely written and performed album...” Neil King, FATEA

“A delicate sense of atmosphere throughout... An exquisite album.”Allan Wilkinson, Northern Sky